In February of 2015, I was surfing the web (as all millennials do) and came across the City of New Brighton’s website. As a New Brighton native, I was surprised to find my hometown’s website in such disarray. The overall design was antiquated, the site was not responsive, and the menu structure was out of control. On a complete whim, I used the site’s online contact form and submitted a message offering my services. I didn’t hear anything for about 6 months.

In August of that year, however, I received an enthusiastic call from the city saying they had received my message and wanted to talk. I was absolutely floored. At that time, I’d only been in business for about 1 year (after graduating from St. Olaf College in 2014) and had never tackled a project as large as the city’s. I put together a proposal that included refining the city’s brand identity, copywriting, and website development.

After meeting with the City Manager, City Clerk, head of IT, and each department’s Director, I received a signed proposal to begin my work.

What Made the New Brighton Project Unique

The City of New Brighton is composed of five primary departments : Administration, Community Assets and Development, Finance, The License Bureau, Parks and Recreation, and Public Safety. While developing my initial proposal, I realized that each department had so much content that I’d essentially have to develop a miniature “microsite” for each department. For about a year, I worked directly with each department to refine the content and design of each microsite.

Aside from the massive scale of this project, I was also confronted with the unique challenge of creating a website that appealed to all of the city’s demographics. Not only is the site in compliance with the Web Accessibility Initiative (WAI), but it’s also accessible in 91 languages and 100% responsive (meaning it looks good on all electronic devices). I wanted this site to have equal appeal for octogenarians, teenagers, English Language Learners…and even millennials.

The new website launched in November of 2016, almost a year and a half after I made initial contact with the city. You can view it here: http://www.newbrightonmn.gov/

In May of 2017, the City of New Brighton and Spectrum Design and Marketing received the Silver Award for Website Redesign by the Minnesota Association of Government Communications. 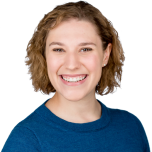 Michelle R. Wheeler chases after experiences that feed her passions and engage her creative senses. Michelle’s work at PSM as a Junior Partner has allowed her to explore her strengths and apply them to strategic initiatives that help PSM clients grow. Read Bio >

Google Rating
5.0
Based on 16 reviews

Do you have a specific marketing question you’d like answered? Feel free to drop us a line. We love engaging with individuals with an interest in growing their practice!

Google Rating
5.0
Based on 16 reviews